Human trafficking is a form modern-day slavery involving forced or coerced labor, prostitution, or other exploitation. North Carolina regularly ranks among the top ten states with the most reported human trafficking violations in the U.S.

This is an alarming statistic. Yet, many groups, activists, and government agencies are working to combat human trafficking. They seek justice for victims, provide resources for those affected, and help prevent future exploitation.

Headquartered in Raleigh, Freedom United proudly calls itself the “largest modern anti-slavery community in the world.” The organization empowers people to have an impact on the movement against human trafficking by signing petitions for specific causes. Freedom United tells stories of individual victims and their communities around the world. Visit their website to read survivor stories and sign your name to their campaigns.

The NCCAHT is a nonprofit with institutional and individual members who support the goal of ending human trafficking in the state. Members provide support in areas of community and faith-based involvement, direct service, government and law enforcement, and training and education. If interested in membership, you or your organization can apply via their website so you may participate in their initiatives. Among its many services to N.C. communities, NCCASA also provides direct services to survivors and victims of human trafficking. They help victims meet basic needs, conducting prevention outreach, and working with legislators to improve our laws, to name a few. NCCASA accepts donations from the community to help them meet their goals related to ending human trafficking.

Other organizations working to combat human trafficking and modern-day slavery include: Because of the important work being done by these organizations, we have more opportunities to spot, stop, and prevent human trafficking. Together, we can provide victims and survivors with resources to report, recover, and find justice.

If you are interested in combatting modern-day slavery and human trafficking but don’t know where to start, begin by learning the common indicators of these crimes. The simplest way to help in the fight against human trafficking is to speak up if you are concerned that someone you know may be a victim. You can anonymously report the concerning signs of human trafficking behavior to the National Human Trafficking Hotline at 1-888-373-7888. Find out more about this and other issues by visiting the Triangle Cause Wiki. Additionally, for opportunities to volunteer to combat human trafficking, go to www.activategood.org/opportunity.

Check out hundreds of volunteer opportunities with causes around the Triangle area and volunteer to make an impact.

From a long line of Raleighites, Katie was born and raised in the City of Oaks before moving to Boone to attend Appalachian State University, where she earned her BA in professional writing. Now back in her hometown, Katie is a marketing professional, freelance journalist, and commissioner with the Raleigh municipal government who stays busy while doing what she loves: working with the community and writing for fun and profit. 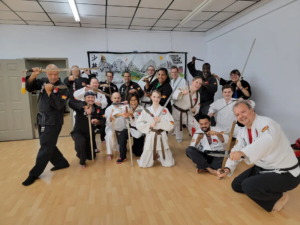